Nine Pillars Of The Fourth Industrial Revolution (4.0) in Apparel Industry 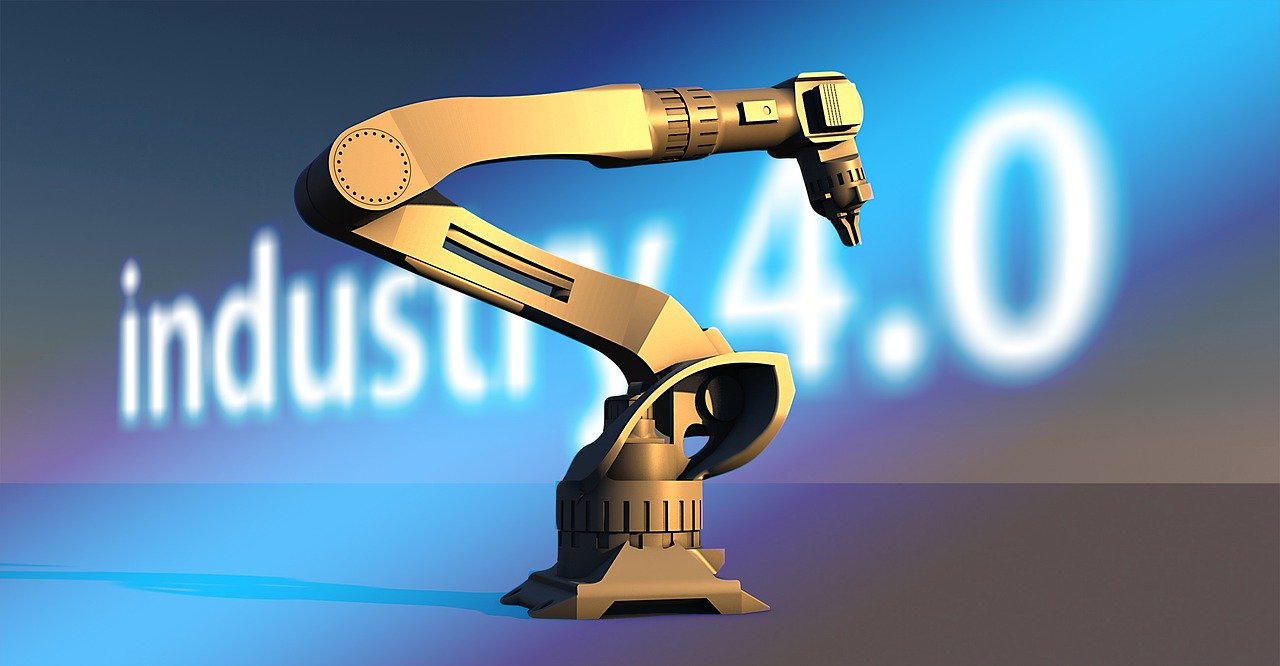 Industry 4.0 is a game-changer in manufacturing environments. The digitization of production would transform how goods are manufactured and sold and the way in which products are serviced and processed. On this basis, it can genuinely claim to mark the beginning of the fourth industrial revolution.

While the First Industrial Revolution was set in motion by steam, the Fourth Industrial Revolution is fueled by digital transformation. With the increased introduction of technology such as cloud computing, virtual reality (AR), and the Internet of Things (IoT), manufacturing is evolving rapidly.

If more intelligent innovations are applied in production systems and processes, there is space for tremendous opportunity. Connected computers can communicate, imagine the supply chain and make decisions dynamically and independently.

We will begin to comprehend Industry 4.0 by looking at the evolution of industry throughout history. So, why don’t we take a look at how the Industrial Revolution has worked overtime?

In the 18th century, the First Industrial Revolution began with steam power and the mechanization of production. Before that, the threads were produced on simple spinning wheels, and the mechanized version achieved eight times the volume at the same time. Steam power has already been known. The most significant breakthrough for increasing human productivity was the use of it for industrial purposes. Instead of weaving on muscular-powered looms, steam engines could be used for fuel. Developments such as the steamship, or (about 100 years later) the steam-powered locomotive, have led to further massive changes, as humans and goods could move long distances in fewer hours.

The Second Industrial Revolution started in the 19th century with the invention of electricity and assembly line manufacturing. Henry Ford (1863-1947) came up with the concept of mass processing from a slaughterhouse in Chicago: pigs hanged from conveyor belts, and each butcher carried out only part of the process of slaughtering the cow. Henry Ford has applied these ideas to automobile manufacturing and has radically changed them in the process. Before the whole car was installed before one station, the vehicles were now manufactured in partial steps on the conveyor belt-significantly quicker and at a lower cost.

The Third Industrial Revolution started in the 1970s with memory-programmable controllers and computers to partly simplify processes. We can now automate an entire manufacturing chain – without the need for human intervention – thanks to these innovations’ advent. Robots that execute pre-programmed orders without human interference are well-known examples of this.

The Fourth Industrial Revolution is already underway. This is characterized by introducing information and communication technology to business and is also known as Industry 4.0. It draws on the evolution of the Third Industrial Revolution. Production networks that already have computing infrastructure are being extended to have a network link and include a digital twin on the Internet. They facilitate contact with other facilities and the production of information about themselves. This is the next step in the automation of manufacturing. Networking of both networks leads to ‘cyber-physical production systems’ and thus smart factories, in which production systems, materials, and people interact through the network, and production is almost autonomous.

As these enablers come together, Industry 4.0 can produce some fantastic developments in industrial environments. Examples involve devices that can anticipate failures and cause self-organized or self-organized maintenance systems that respond to unexpected demand shifts. For eg, the sewing machine suffers from a higher incidence of needle breakage. A variety of factors may cause this problem in a traditional sewing machine device. The trigger can be anything from a loose screw clamp to a twisted needle, involving a painstaking diagnostic procedure. With self-organized maintenance systems, this kind of guesswork is no longer required. Machinic can now quickly identify the problem and uncover the trustworthy source in a second, such as a component that runs quicker than ideal speeds, leading to frequent needle breaks. Through these machines, shop floor managers can track efficiency in real-time and obtain valuable insights into any results variation.

Industry 4.0, will draw people into more innovative networks. The digitalization of the production environment provides more creative ways to access the correct information at the right time. The and use of digital technology in and out of factories means that maintenance professionals can be equipped in due course with equipment documentation and service background. Professional maintenance workers tend to resolve issues and don’t waste time struggling to get the necessary technological details.

There are nine central pillars of the Fourth Industrial Revolution, also known as Industry 4.0. These foundations outline the use of emerging technology manufacturers to enhance all aspects of production processes. Whether or not you work in the industrial field, you must familiarize yourself with these pillars since they are supposed to have a pervasive effect in all sectors and culture as a whole.

1. The Internet of Things

The Internet of Things relates to the synchronization and networking of mobile devices. When you think about IoT, gadgets like smartphones, tablets, and laptops are generally at the forefront of your head. Consider, though, wearables, vehicles, and any computer or system that requires data to be transmitted, including our stitching machine.

This technology is also referred to as the Industrial Internet of Things (IIoT) in the manufacturing sector. Manufacturers mount sensors to machinery and other physical assets on the factory floor to gather data that affect real-time decisions and contribute to improved production and productivity. For example, machine learning-enabled smart apparel factories track different variables, such as temperature variance, production quality, and component age. With real-time data, a smart factory will use machine learning software to determine when a part of the sewing system will wear out and need replacement. This substitution will then be carried out using robotic equipment to ensure a continuous output flow with minimum disturbance.

Augmented Reality (AR) shows visual content in real words from devices such as smartphones, screen displays, or special eyeglasses. There are a variety of typical applications for this technology in the industrial sector, such as:

Training: New employees are often unfamiliar with the factory SOP, facilities, and working procedures. It is essential to provide inexperienced staff with training as quickly as possible and as often as possible. They will have text overlays, videos, audios, and other digital details using augmented reality to help them understand what’s going on on the floor without needing extra support or disturbing the production.

Logistics: Manual checks are expected for the majority of orders and shipments in distribution centres and warehouses. AR automates this operation, reducing mistakes and saving time, money, and energy.

In a simulated environment, simulations use real-time data to reflect the physical reality of production and manufacturing processes. This model can perform more effective simulations, allowing for the improvement of settings and procedures before output begins, minimizing downtime, and improving efficiency.

As manufacturers are looking to increase their use of additive manufacturing in their operations, 3D and 3D printing innovations are now making a significant impact in two main areas:

Designing: Thanks to the versatility of 3D technology, design teams can experiment with constructing more complicated garments and designs and render the designs into virtual samples.

Prototyping: 3D software is now widely used for virtual prototyping, reducing design times and saving resources. Designers can experiment with different materials and designs in a controlled environment before producing a final sample.

Industry 4.0 is all about enhancing networking – not just between computers and machines. Today, many industrial information systems are not completely implemented. With better system alignment, organizations will become more interconnected both internally and externally. This would result in an agile manufacturing environment that allows for real-time output corrections and fast pivots.

When infrastructure and data processing are increasingly used in industrial industries, Cloud computing offers flexible capacity and improved computing capacity to use technologies and data exchange. The cloud also helps to remove data silos by improving data accessibility and integrity.

Although the manufacturing sector has made significant progress in automation in recent years, there is still a great deal of untapped potential for the apparel industry. Collaborative robots are meant to cross the divide between conventional robots and human staff, allowing for new automation possibilities. These robots are made to function in similar ways to humans but with the added capability of monitoring and transmitting data.

If the level of accessibility rises, so does the chance of a cyberattack.  Any lack of security could damage several areas of the company, from the supply chain to operations. It is utterly vital that businesses plan and defends their information infrastructure and manufacturing lines from cyber attacks.

Experts of Industry 4.0 also advised companies to invest not just in digital technology but also in human resources. Any business is now a digital business, and people with advanced data processing expertise are essential to surviving and flourishing. The analysis must be scalable throughout the organization, including HR, sales, marketing, and the factory floor. No one can guess when the next “new idea” will arise or how it can impact our lives because data is disruptive.

It is imperative for manufacturers to have tools, such as dashboards, to clean, coordinate, and visualize the vast amount of data available. In the end, it would open up time to review results, share observations and simplify repetitive processes.

Creating the Factory of the Future

The prospects of Industry 4.0 are endless. When more and more production equipment and parts are combined with sensors and automation features, the closer we get to a truly realized smart factory in the field of apparel and footwear. Systems that help Industry 4.0 are becoming more intelligent, more robust, cheaper, and quicker with each passing day and are ready to improve clothing manufacturing and production to a higher degree of efficiency, quality, and competition than ever before.

The manufacturing technologies introduced by Industry 4.0 enable businesses to refine their current structures and expand into developing more productive processes. Smart production has the potential to make the idea of mass customization at a low price a possibility. Businesses can achieve such an ideal by reimagining a more streamlined manufacturing workflow, building a more modular structure, and optimizing cost-effectiveness.