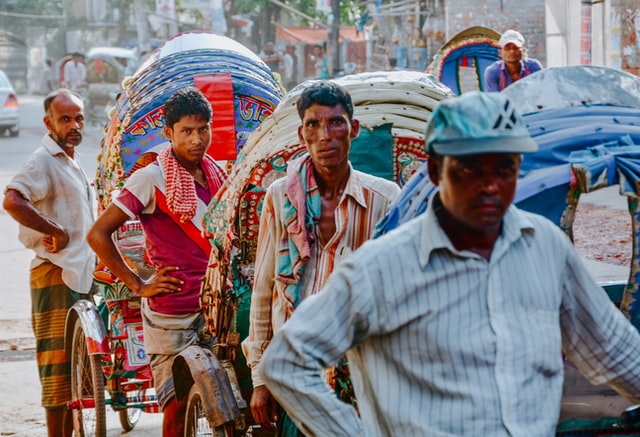 According to a first-quarter report released last week by supply chain audit firm QIMA, Bangladesh ranked second in a list comparing ethical auditing practices of major countries undergoing industrialisation, and that too during the 2020 pandemic period.

For the country’s placement, the Hong Kong-based entity cited good practices by local suppliers in the global supply chain.

The survey was primarily concerned with health and safety, hygiene, waste management, child labor, working hours, benefits, and labour practices. Taiwan topped the list with an ethical auditing practice score of 8.00 out of 10.00, followed by Bangladesh and Vietnam with scores of 7.7 and 7.6, respectively.

Vietnam came in third, followed by Thailand, Pakistan, Turkey, China, India and Brazil. China was seventh on the list, behind Pakistan and Turkey. According to the report, issues range from increased vulnerability to modern slavery and child labour to labour violations in factories and less scrutiny on non-virus-related safety measures as health and safety resources are stretched thin.

The issues range from increased vulnerability to modern slavery and child labour to labour rights violations in factories and less scrutiny on non-virus-related safety measures due to limited health and safety resources.

Data from Qima ethical audits collected at reopened factories and during remote audits show that the percentage of factories ranked “red” for critical non-compliances increased by more than 100 percent in the second half of 2020 compared to the first.

Working hours and wage enforcement are two of the most pressing issues: 14 percent of factories audited in China received a failing grade due to critical violations in working hours and wages. As examples of abuses, employees got pushed to work long hours to meet tight schedules for high-demand items such as personal protective equipment (PPE).

“In response to the mounting ethical risks and limited physical access to factories, more businesses are accelerating the adoption of technological solutions for compliance and quality control, which include remote audits, worker voice solutions and integrated QC and compliance platforms that enable them to map their sourcing network and achieve better visibility into multiple supply chain tiers,” Qima said in the report.

According to QIMA, China, the first to be affected by Covid-19, demonstrated some resilience in 2020. Following a disastrous first quarter marked by a manufacturing halt and a surge in demand, China sourcing in the second half of 2020 followed a slow but steady path toward recovery.

Need for inspections and audits in China returned to 2019 levels near the end of the second quarter. It continued to grow throughout the second half of the year, only stalling in December as lockdowns reinstated in multiple Western geographies.

“At least partially responsible for this relative resilience was the renewed interest of US buyers, who were much less eager to leave China in 2020, following the gradual easing of trade tensions in the aftermath of the ‘phase one’ trade agreement signed in January 2020,” Qima explains.

While China had a better year than expected, the pandemic gave a powerful boost to the long-term trend of shifting buying volumes to the regional competition. Demand for inspections and audits in Southeast Asia rose 19 per cent year on year across the board in 2020 – more than double 2019 vs the 2018 year on year growth rate.

Starting in July, this region saw a double-digit increase in inspection and audit demand, buoyed by buyers looking for alternatives to China in both the short and long term, as well as massive orders for PPE, according to QIMA.